Your capital is at risk and investments are not covered by the Financial Services Compensation Scheme (FSCS). The investments on this website are intended for Sophisticated and High Net Worth Investors as defined by the FCA.

Read our full Risk Warning
AxiaFunder uses cookies which are essential for the site to work. Any data collected is anonymised. By continuing to use this site, you agree to our use of cookies.
Cookie Settings

UPDATED. What are the risks facing an investor in litigation funding?

You haven't used your session for a while. For your security, we will log you out soon.

What are the risks facing an investor in litigation funding? 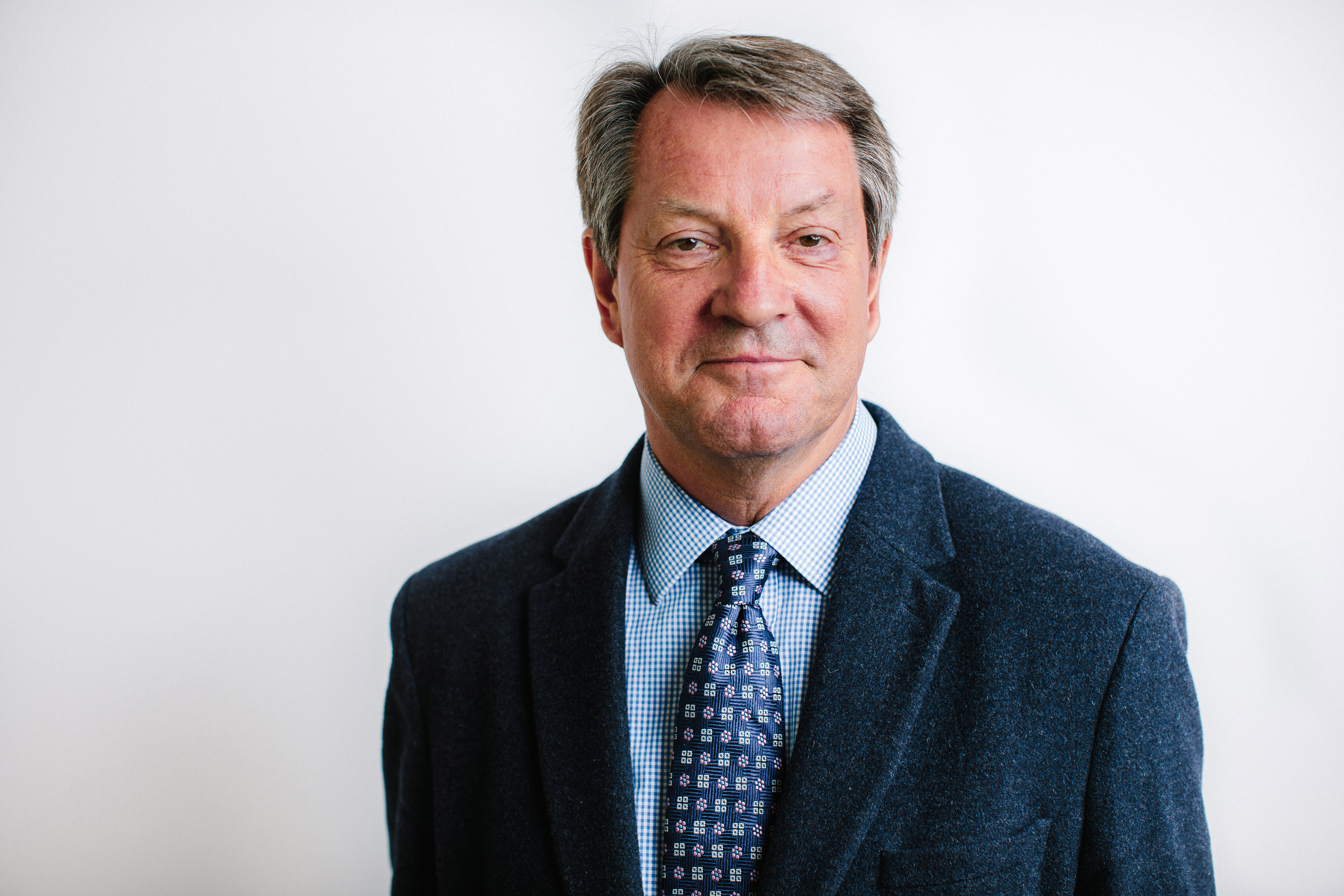 We examine the nature of the risks facing investors in litigation, using AxiaFunder, in this article.

It is now well established in the Courts of England & Wales (although not the Republic of Ireland) that third party funding of litigation i.e. by a person or corporate body that has no connection with litigation between other parties is no longer illegal. Indeed, within certain constraints, the Courts have welcomed it, not least, as a means of creating access to justice for those litigants who would not otherwise be able to fund their litigation.

What is the risk of the investment itself?

The litigation investment is usually provided on a “non-recourse” basis which means that if the case is lost at trial, the third party investor will recover nothing.

Therefore, in common, with many investments, the investor stands to lose all of their investment.

Of course, the great majority of cases settle early, (conservatively at least 70-80%) and even if a case is not going as well as hoped, a settlement may be achieved which does not provide for all of the originally agreed return but will provide either a reduced return as well as the return of capital or possibly just a return of some capital.

Litigation is, by its nature, unpredictable and if a case goes to trial the result is binary. However, it must be borne in mind that if care goes into selecting the cases for investment, the downside risk of losing the complete investment can be much reduced because in a carefully chosen portfolio of say 10 cases, 7 of those will settle and of the 3 that proceed to trial, 2 will win and 1 will lose.

Are there any additional risks in relation to litigation funding?

In addition to the risk of losing all of the original investment, there is a risk of having to pay the successful opponent’s costs, if the claimant themselves lacks the capital to pay these costs.

As a Third Party investor, you may question how this could be, since you are not actually a party to the litigation. But Courts in England & Wales have very wide powers to make “Non party costs orders”. These orders do what they say on the tin and entitle a Court to order an appropriate person to contribute to the costs of litigation that they have supported financially, where they have done so with a view to financial gain. Clever corporate structures and trusts designed to confound the ability of the Court to make such orders will only have the opposite effect to make the Court more determined to ascribe liability.

There have been a number of decisions in the Courts now regarding the extent to which a third party litigation funder can be liable to a successful opponent.

Following the case of Arkin v Borchard Lines, a decision of the Court of Appeal (which is the final arbiter of issues relating to costs in England & Wales), it was held, in effect, that a third party litigation funder could only be liable to the successful party for their costs up to the amount that the funder had invested in the litigation i.e. if the funder contributed £10,000 to litigation then the maximum the funder could be required to pay, was £10,000 towards the opponent’s costs.

The most recent decision of the Court of Appeal is  Chapelgate v Money 2020 EWCA Civ.246.  The Court essentially reminded litigators that the award of costs is in the discretion of the Court. Therefore, in cases where the litigation funding arrangements were similar to those in the case of Arkin v Borchard Lines, where it was held that a third party funder could only be liable to the successful party for their costs up to the amount that the funder had invested in the litigation, a funder could expect a similar result.

However, if as had occurred in the Chapelgate case, the funder was involved on the basis that it  would recover the majority of any damages awarded, they could not complain if all of the costs of the opponent were awarded against them regardless of the extent of the amount that they had actually funded.

Therefore, in addition to the possibility of losing the entire investment, a third party litigation funder could, in theory, be liable to pay all of the opponent’s costs. However, given that AxiaFunder do not engage in the kind of arrangements that attract “Chapelgate” type liabilities, investors should never be exposed in this way.

Furthermore, the investor’s investment in the litigation is achieved through an SPV limited company, providing the investor with the protection of being a shareholder in a limited company investing in litigation. Once again, it is theoretically possible for a Court to “pierce the corporate veil” to allocate liability to the directors and shareholders of the limited company. However, typically this will only happen if the Court is convinced of illegitimate, or at the very least questionable activity, on the part of the company, seemingly designed principally to avoid personal liability of the company’s controllers and investors.

How is the Arkin risk managed/avoided?

In order for an investor to have a liability greater than their investment in the SPV, a Court would have to be convinced that the structure i.e. a limited company had been created for dubious purposes and not simply a structure for the efficient management of the investment. Therefore, the possibility of an investor having a personal liability greater than their investment is in reality, insignificant in an AxiaFunder funded case managed through a SPV limited company.

AxiaFunder always ensure that that there is no liability for adverse costs by taking out ATE insurance equal to the adverse cost risk of the claim- either Standard or Non-Avoidable ATE.

This is an insurance product that the third party funder insists (in the case of AxiaFunder) is taken out by the funded/claimant.

For both Standard and Non-avoidable ATE insurance, the policy provides protection against the liability to pay the adverse costs of the opponent if the case is unsuccessful. However, it should be noted that Standard ATE insurance has some conditions which could enable the insurance to avoid paying out if for example the claimant misrepresented their claim or their solicitor had been negligent (although in this latter case there should be recourse to the solicitor’s indemnity insurance).

Non-Avoidable ATE insurance is written on the basis that the insurer will not exercise any grounds to avoid or vitiate the terms of the policy, for an additional premium. Therefore, if the case is lost, say, because the Court determined that the funded/insured had been untruthful in giving their evidence, the policy would still pay out (the insurer’s reserving their right to recover their losses from the insured personally) thus protecting the third party funder.

Where adverse cost risk exists, AxiaFunder will seek to ensure that a suitable amount of Non-Avoidable ATE insurance has been put in place before making the case available for third party funding.

Is even Non-Avoidable ATE insurance a complete answer?

There are extremely rare events which could prevent it from being so. For example, the insurance company might become insolvent. AxiaFunder protects against this risk by only using insurers that are investment grade or that have a Solvency Capital Ratio of at least 110% for the ATE insurance cover. Given the stringent requirements of Solvency II, the chances of an insurer’s insolvency at this level are very low. Further if the insured is an individual, they (and the third party investor) will be protected by the FSCS (Financial Services Compensation Scheme) up to a limit of 90%[1] of the exposure.

Another possibility is that the level of ATE cover is inadequate to meet the opponent’s costs recovery entitlement.

During the course of litigation in England & Wales, the litigants are obliged to provide and have approved by the Court, their costs budget for the litigation which will, of course, be used to ensure that the levels of ATE insurance cover are adequate.

Therefore, it can be seen that adverse cost, whilst real, is an identifiable and manageable risk which is extremely low and should not, of itself, deter those investors who are interested in seeking the projected returns that this type of investment may be able to offer, as part of a balanced portfolio of investments.

[1] For the avoidance of doubt, the crowd funded investment itself does NOT benefit from FSCS coverage.
Related Articles

You can unsubscribe at any time by activating the link in our emails.